Artist Bio/Statement:
Lynne Buchanan has been photographing water issues and climate change in Florida, across the country and around the world since 2011. She has traveled to Bangladesh, Antarctica, the Falklands, South America, and Iceland and has worked with Waterkeepers, water advocates, scientists, and indigenous people in learning about issues affecting water and the riparian zone. In 2019, George F. Thompson published her book entitled Florida’s Changing Water: A Beautiful World in Peril, Since moving to Western North Carolina in 2017, Lynne has been photographing mountain ecosystems and has become interested in studying the effects of climate change and acid rain on the environment, as well as how fungi, trees, and plants help to ameliorate the effects of climate change. With the onset of the pandemic and the ensuing period of mass isolation, she began photographing her mountain ridge and nearby areas in a more emotional versus documentary manner, although she has continued her climate change and biodiversity work.
In 2019, she began doing platinum palladium prints from digital negatives after studying with Jill Enfield for eight weeks at Penland. Recently, she studied privately with Pradip Malde to learn his system of platinum palladium printing. This method is well-suited for her images of beautiful natural areas at risk of being lost, as well as disappearing ecosystems.
Lynne’s work has been exhibited in numerous solo and group exhibitions across the the United States and in Athens, Greece. She holds a Master’s Degree in Art History from George Washington University, as well as a Bachelor’s Degree in Art History from New College. She has been interested in photography her whole life and began photographing full-time in 2011. Mentors include Clyde Butcher, Alain Briot, Jill Enfield, and Pradip Malde. She has studied at Penland and has taken workshops through Santa Fe Workshops with Elena Dorfman and Sam Abell among others. In addition to previous mentors, her influences include Robert Adams, Walker Evans, and Richard Misrach.

Process:
The platinum palladium print was made from a digital negative that was created using the Piezography DN Method and Cone Inks. The negative was exposed using a UV light box.
© The Photographer's Eye: A Creative Collective 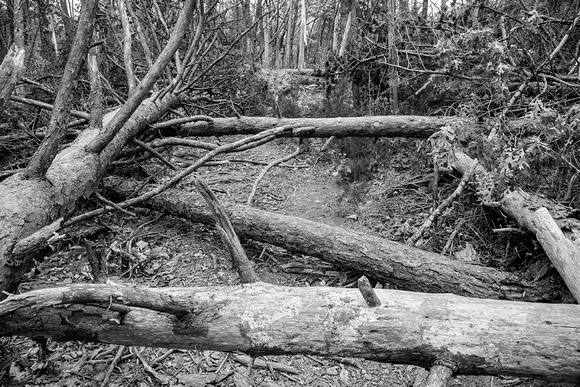