Robert Treat is a California artist who spent his childhood growing up in rural Ohio. Being an only child, nature had always been a close companion to him. He spent many a summer afternoon closely exploring and observing the colors and forms of his outdoor environment.
Robert’s formal training is in Architecture and Fine Arts from Miami University in Oxford, Ohio. After graduation, his art
interests expanded to include large format photography and film animation. Along with his photographic and painting
career, he has been involved in the Hollywood animation industry for over thirty years. Over time, he has had the opportunity to study under a variety of creative individuals including Ansel
Adams, Paul Caponigro and Chuck Jones.
Primarily nature oriented, Robert’s photographs exhibit a strong structural awareness often verging into unconscious abstraction. These concerns of nature and structure also
become the basis of his paintings. Working with primitive materials such as beeswax and asphalt, Robert’s paintings
result in sensuous tactile surfaces and strong active shapes.
For him it is a way to recover a primary sense of self, a quality that tends to get repressed by today’s modernity in general and media-representation in particular.
Robert currently resides in San Diego.

Animistic Ground
In my childhood, I believed that everything in nature possessed human attributes. I still believe it. Woodland spirits. Souls within rocks, trees, clouds. Anthropomorphism became my fallback religion.

Most of the time these were merely projections of my imagination. Very seldom do I actually feel a spirit. But once in a great while I find myself in a place where these spirits surround me. I feel their presence.

Volcan Mountain is this kind of place for me. This short mountain range located in east San Diego County is at the edge of the Anza Borrego Desert. It reaches to an admirable height of almost 9000 feet and is speckled with majestic oaks and lush grasslands. Over the many times I would venture there to photograph, I seldom saw any animals or heard any birds. But the trees, rocks, shadows and grasslands always made their presence known and were always speaking. These were more than inspirations to me. These created strong emotions felt within. It truly became a spiritual experience. 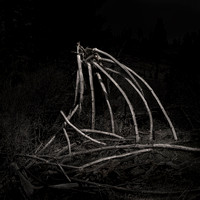 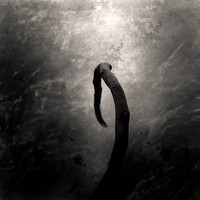 Guestbook for ROBERT TREAT
Paul Fink(non-registered)
Bob! You are truly a master of light, mood, and form. Plus, you allow the viewer to hear the speaking, feel the emotions.
Ted Struck(non-registered)
Sorry that I missed the reception, as the images that I've seen here are fascinating
Michael Trupiano(non-registered)
Two really nice bodies of work fro Robert Treat! Wish I could see them in person!
© The Photographer's Eye: A Creative Collective
User Agreement
Cancel
Continue