With my series, Skater Girls, I honor and increase the visibility of an over-looked and under-represented group within an historically male-dominated landscape. There have always been girls in the skateboarding world, yet the disregard paid to them was all too common. The robust ‘girl-power’ movement continues to grow, permeating the globe, and its momentum to advancing social equity through empowerment, confidence and leadership in girls deserves as much exposure as it can get (think the Tokyo 2020 Olympics and February 2020, when the world at large learned of girls skateboarding when Carol Dysinger and Elena Andreicheva’s documentary Learning to Skateboard in a Warzone (If You’re a Girl) won an Oscar).

I began photographing skateboarders in 2010. Over the course of many years, I witnessed few girls and women at the skateparks. One day in 2017, I set up to photograph at a small California skatepark. There were many more girl skaters than usual, and I focused on one small group of them while they concentrated on skateboarding. I had to get their attention! With my dummy book in hand, I marched through the skatepark and climbed up to where they stood looking down into the bowl, their backs to me. I approached them with a smile. They turned to me and immediately returned smiles with beautiful, positive energy. I led this group to my camera and portable darkroom to make portraits.

That day was a turning point for me. I experienced an unexpected kinship with these strangers, and I knew the direction in which I was headed. I wanted to celebrate these girls and non-binary people who break down gender walls in skating. That day, I learned of an organization called Skate Like a Girl, and a few weeks later I went to an event they held. There I discovered a whole new world—to me. Girl skaters abounded. The discipline, support, and democratic world of skateboarding that I observed at almost every skatepark I had visited since 2010 was intensified.

When I photograph girl skaters using the slow 19th century photographic process, wet plate collodion, there is a connection that takes place. This photographic practice requires patience, interaction and collaboration and it mirrors the inclusive landscape in which these photographs are made. There is a notable mutual respect I experience while making this particular series, as photography has also been historically male-dominated. Although I am not a skater, I feel accepted as a member of this group.

My earlier Skaters series has often been described as resembling Civil War soldier portraits; I proudly adopt that description. Part of the beauty of a tintype is the timelessness that it imbues. Ultimately, despite my contemporary subjects, their contemporary styles, logos and modern details, we see a unique honesty and are struck by the strength and determination of these skaters. They are purposeful, courageous, and beautifully proud. I admire their respectful and shrewd fight for a place in the world. Here are my Civil War She-soldiers. 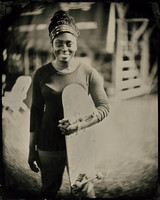 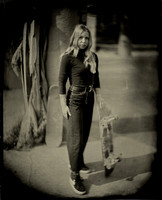 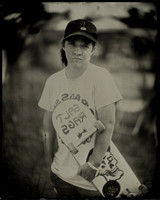 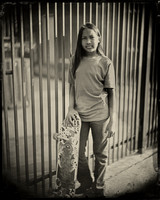 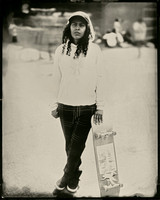 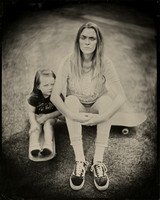 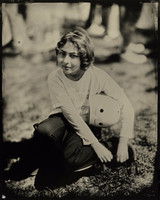 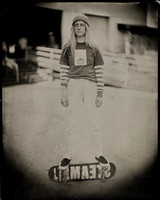 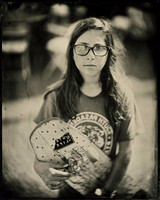 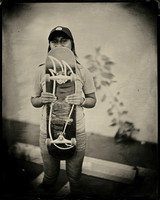 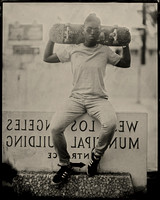 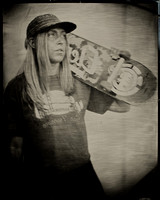 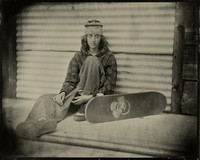 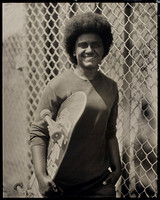 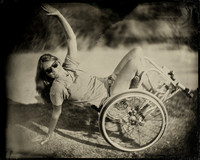