Many of us, quarantined and feeling a bit vulnerable, are living in a liminal space right now. Physical and temporal. It’s as if we’re crossing the threshold in a doorway and have paused between the two spaces. But the space ahead is unlit; we’ve only a vague idea of what’s there or what it means for us. Nor do we know how long it will take to pass through because we’re paused on the threshold. We also don’t know what we’ll learn in this time and space. Our choice is to slow down, to learn; or succumb to the discomfort and force ourselves back to the way things were.

This is not the first, nor will it be the last time I’ve found myself in what the Celtic culture calls a thin space; where the door between Blake’s things that are known, and things that are unknown, is narrow or thin; perhaps a bit translucent.

Sometimes when I come upon a place, I’ve experienced that thinness, and been emotionally and even physically drawn to it. I can only describe it as seeing the place as it was when it was lived in or played in; as though the people were still there and I was a silent observer; sort of like Dickens’ Scrooge as the witness of Christmases past.

These photographs were made in and around others’ homes when I felt as though I was looking in on people and families at home, work, and play. My hope in making them is that I can give you, the viewer, some sense of their presence and peace; now and in the doorways to come. 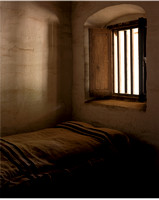 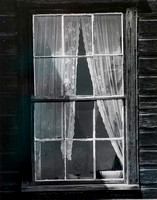 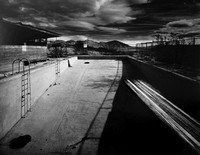