Regardless a photographer’s chosen subject matter, it is the transcendent and ever-changing quality of light that will best serve to articulate and define the visual character of all physical forms. Whether the subject is a still-life of pressed flowers, or the sculptural representation of an exotic cultural fantasy, the symbiotic interrelationship of light, form, and space associated with each chosen subject carries with it the ability to suggest that – beyond the ordinary visual description of a given object or place – there lies a vast world of symbolism, metaphor, and allegory which can be revealed through the medium of photography. By nature of that defining character of light and refraction, it is my belief that such revelations can serve to guide us toward heightened states of awareness, understanding, and appreciation for the world in which we live. And as such, the photograph, itself, is able to transcend a mere visual record of the objects portrayed.

The photographs chosen to be included in this exhibition represent an admittedly eclectic variety of subjects and approaches. Yet in each image, it is hoped that the viewer will look beyond the mere physical descriptions (and even the perceived reality, or lack thereof) normally associated with the objects portrayed, in order to find a more cohesive assemblage of visually suggested metaphors and manifestations that, collectively, will serve to tie the images together and mark them as being, if nothing else, beyond the ordinary. 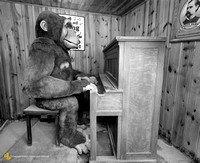 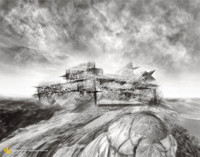