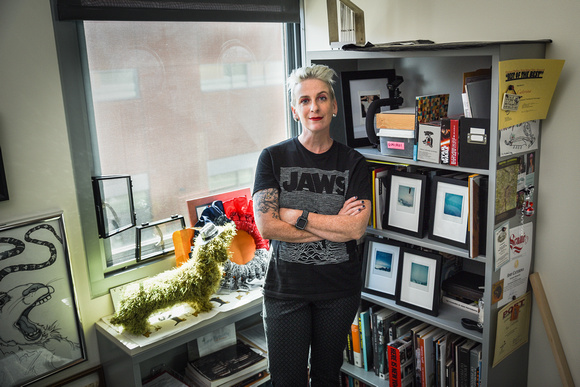 Amy knew from when she was very young that she wanted to be a teacher. While growing up in upstate New York, she craved security and love in what she saw as a tumultuous world surrounding her. Discovering photography, she found a vehicle to present her way of seeing to others. Her sensibilities as an artist led her to pursue art school, photography, fiber and video art, and other forms. While in graduate school on the west coast, she met people that became her west coast “family.” One of those people was Mike, who was on dialysis. Amy saw an opportunity to transform the emotional pain she had experienced in her life so far, in a way that might benefit someone else. Amy got tested and the results showed that her kidney was a better match for Mike than people in his biological family. She donated one of her kidneys to Mike, never questioning that it was the right thing to do. “I thought - this is what people do for those they love,” she said. Amy continued on with her career, making art and teaching. Now, 11 years later, she enjoys creating an environment of “kindness and community” in her classrooms, giving her students what she has always cherished.
Palomar College
User Agreement
Cancel
Continue